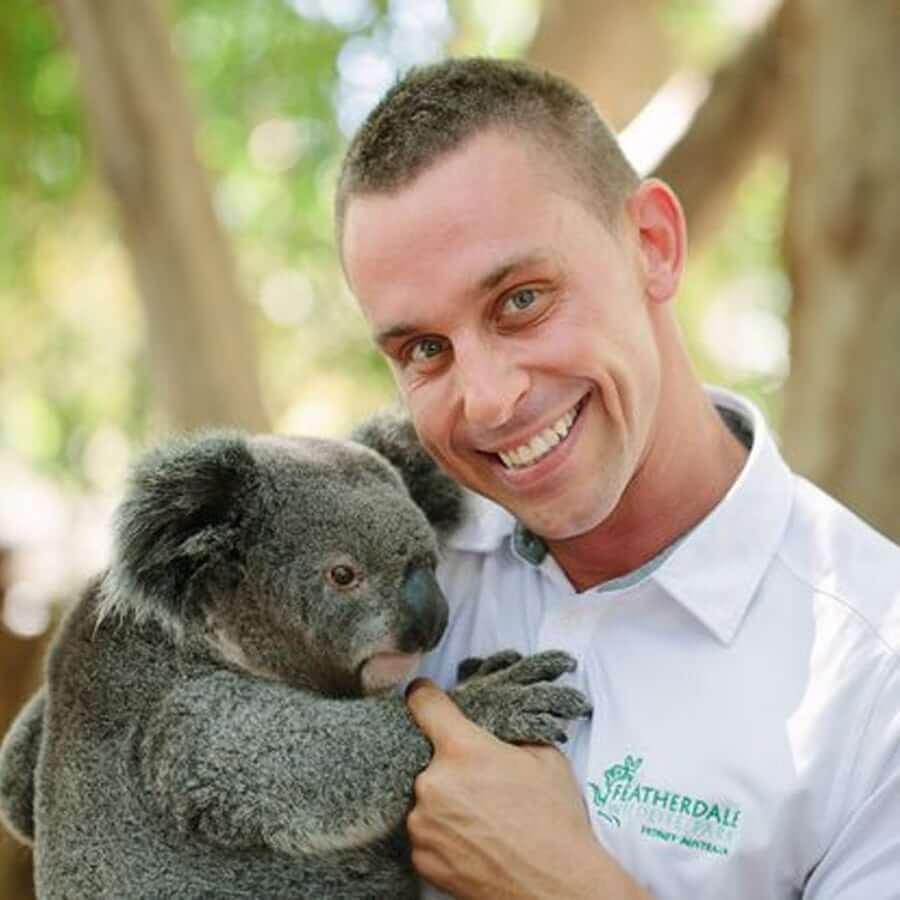 With a passion for all creatures great and small, Staples started working at the Park as an entry-level Zoo keeper in February 1997, just after leaving Muirfield High School.

Fast accumulating knowledge on all the areas of operation and all species residing in the Park, Staples was promoted to managing our Education Department. In this role, he was responsible for keeper presentations, public education programs and also working closely with television networks and crews who came into the park to film wildlife shows such as ‘Totally Wild’, which aired on Channel Ten.

After five years, Staples again progressed and he moved into the Curatorial Department from which he then advanced to become General Curator of the park.

20 years later and with extensive experience under his belt, Staples is now Featherdale’s Director of Life Sciences overseeing the whole species collection, all zoo keeper staff (of which there are 40 staff over 10 departments), all the areas in the park including aviaries and enclosures, education, training and conditioning as well as the day to day medical care of the species collection.

He also manages the movement of animals outside the Park which takes critical planning. The Featherdale family is often found out and about in the local community bringing smiles and education to local school children through the Wildlife Wanderer mobile education program or to seniors in nearby retirement communities.

Staples and his team are also often rubbing shoulders with celebrities from the local Sydney Blue Sox baseball team or international visitors such as Rafael Nadal.

In his role, Staples travels internationally visiting other important collections found at places such the San Diego Zoo, Columbus Zoo in Ohio, which keeps Tiger Quolls, and the Bronx Zoo in New York City. These visits constantly ensure discussions are taking place globally around the future of our planet’s important species. Staples also instigates visits by global researchers and ambassadors to Featherdale to further the education of his local team.

In 2014, Steve Martin, renowned animal and bird behaviour trainer from the USA, visited Australia as a result of Staples’ invitation and trained over 60 keepers. A follow up visit is currently being organised as well as new ambassador visits from Zurich Zoo and Berlin Zoo.

Staples also implemented a volunteer program, which he started in 2008. There are approximately 30 volunteers working at the park who are studying Captive Animal Studies at NSW TAFE.

His focus ensures that Featherdale Wildlife Park is one of the most diverse and successful parks in the country and has the world’s largest collection of Australian native animals.

Over his 20 years working at Featherdale Wildlife Park, Staples’ career highlights have included: